THE AMAZING BEAUTY AND MIND OF HEDY LAMARR

“The public pays and it feels it is entitled to participate in the
personal affairs of a performer.” – Hedy Lamarr

Hedy Lamaar was an actress in the 1930s and ’40s who was considered by many (including my father) to be the most beautiful woman in the world.  She has been called the Angelina Jolie of her time.  She appeared in Hollywood movies alongside such stars as Clark Gable, Spencer Tracy, William Powell, Charles Boyer, Robert Taylor, and Victor Mature.

Even as a young girl, Hedy Lamarr possessed remarkable beauty.  She was married young to an Austrian industrialist who was both overly controlling and a Nazi sympathizer.  Since Hedy was both Jewish and possessed of an independent spirit, she found a way to leave him and go out on her own.

“All creative people want to do the unexpected.” – Hedy Lamarr

According to Reel Rundown: “Hedy Lamarr’s film career started in Austria in the early 1930s when she starred in the German film Ecstasy, which featured a nude scene of Hedy, as well as a scene in which she feigns an orgasm. In Hedy’s autobiography, Ecstasy and Me: My Life as a Woman, published in 1966, Hedy wrote that the director of the film had to lie underneath her and prick her with a pin to simulate in her the throes of sexual arousal. Hedy saw the film with her parents – who bolted from the theater before it was finished. In spite of its sexual content – or because of it – Ecstasy won awards. Not a bad start for Hedy, an 18-year-old woman who wanted to be in pictures.”

“Confidence is something you are born with.  I know I had
loads of it even at the age of 15.” – Hedy Lamarr

Hedy Lamar eventually arrived in New York City and, as the story goes, somebody from MGM saw her at a party and in short order she was brought to Hollywood and the attention of Louis B. Mayer.  Once making films in Hollywood she soon became a major star and the epitome of sophisticated glamor.  But although she played a few roles that demonstrated her acting talent, in most of them she was presented more like eye candy, there to be seen, with relatively few lines or the opportunity to develop a character.

What Hollywood and the audience didn’t know is that Hedy Lamarr was as bright as she was beautiful, and even though she was extremely successful in the movies, she became very frustrated by the limited roles she was given to play.

“Any girl can be glamorous.  All you have to do is
stand still and look stupid” – Hedy Lamarr

As if being a beautiful, talented actress was not enough, Hedy was also extremely intelligent. In addition to her film accomplishments, Hedy patented an idea that later became the crutch of both secure military communications and mobile phone technology. In 1942, Hedy and composer George Antheil patented what they called the “Secret Communication System.” The original idea, meant to solve the problem of enemies blocking signals from radio-controlled missiles during World War II, involved changing radio frequencies simultaneously to prevent enemies from being able to detect the messages. While the technology of the time prevented the feasibility of the idea at first, the advent of the transistor and its later downsizing made Hedy’s idea very important to both the military and the cell phone industry. – The Official Hedy Lamarr Website.

“The ladder of success in Hollywood is usually a press agent, actor,
director, producer, leading man; and you are a star if you sleep
with each of them in that order.  Crude, but true.” – Hedy Lamarr

According to Wikipedia, in the last decades of her life, the telephone became Lamarr’s only means of communication with the outside world, even with her children and close friends. She often talked up to six or seven hours a day on the phone, but she spent hardly any time with anyone in person in her final years. A documentary, Calling Hedy Lamarr, was released in 2004 and featured her children, Anthony Loder and Denise Loder-DeLuca.

A documentary about her life, Bombshell: The Hedy Lamarr Story, is currently available on Netflix.

One interesting story regarding Hedy Lamarr involves the use of her image to promote software by Corel that resulted in a lawsuit.  It seems the company found a photo of her somewhere and used it on its software box – not realizing who the woman in the image was, that she was a famous movie star and that she was still alive.  A big embarrassment and a legal dilemma.  Eventually, Lamarr signed a deal allowing the continued use of her photo – at a healthy fee, of course.

“I am a sworn enemy of convention in anything, even the arts.” – Hedy Lamarr

There is reportedly a biographical movie on Hedy Lamarr in the works. As befits this screen legend, widely regarded as the most beautiful woman in the world in her era,  it is appropriate that the actress signed to play the role is Gal Gadot, star of  Wonder Woman, who, if she is not the most beautiful woman in films today she is certainly well up there in the running.

“I don’t fear death because I don’t fear anything I don’t understand.
When I start to think about it, I order a massage and it goes away.” – Hedy Lamarr 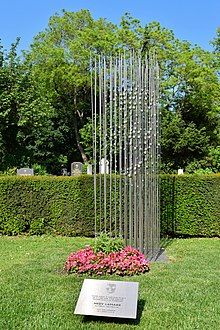 One thought on “THE AMAZING BEAUTY AND MIND OF HEDY LAMARR”